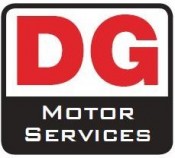 We had a 2006 VW Caddy 1.9TDI dropped off with running problems.

We started by looking at the crankshaft position sensor (G28) – These are a 3 wire Hall effect sensor.

With the basic checks done we connected the Picoscope to the output off the crankshaft sensor (G28) (Red trace in the photo) I was also taking a reading from the Camshaft sensor G40 (Blue trace), I also connected my Fluke voltmeter to the +5 volts off the sensor and the earth cable into the earth for the sensor, Started the engine and took some readings 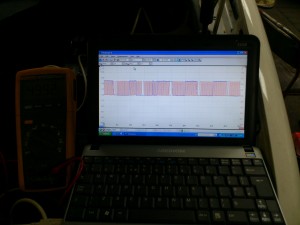 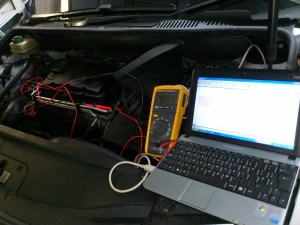 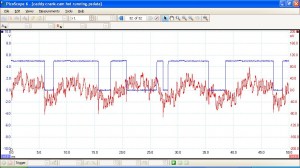 Next step was to remove the earth from the sensor plug and connect this to the battery – with the earth on the battery the + 5 volts was still unstable, the problem is with +5 volt feed.

After stripping the main engine loom open we found the wiring loom had chafed by the gearbox and upon further inspection we could see if had been fitted incorrectly and guessing the gearbox must have been removed at some point.  We repaired the broken wire, refitted the loom correctly, cleared the codes and everything was all ok.